We’re over halfway through the year and I haven’t bought a single item of clothing. I’m turning 30 this year and like most people my age – I have a lot to celebrate. All these second-coming-of-age birthday parties. And weddings. Lots of weddings.

A lot of my (female) friends fret about their outfits for those occasions. There’s this weird, arbitrarily imposed urge to wear a different outfit to every important event in the female demographic that Adrianna Huffington addressed back in 2017 (‘Why I wear the same dress over and over’).  Things like where you put your personal time aside, this has disastrous effects on our planet – little do we think that fast fashion industry is the second largest pollutant in the world.

And even if we claim to care about the environment (I know plenty of people who do, and at the same time produce tons of unnecessary waste every year) – as humans, we will put our personal interest, convenience and comfort over the interest of humankind every day of the week. This is basically how we work.

And yet – we are probably the first generation to really feel the impact of environmental change in our (relatively short) lifetimes. We see how the warm summers have turned into sweltering over the course of a mere quarter of the century. We are well-travelled, and we’ve seen beaches covered in plastic waste (at least I have – I spent a large part of last year travelling off the beaten track in South-East Asia, and the heavily polluted waters around Jakarta,  Manila and even the plastic waste lingering on the remote beaches in Da Nang or Koh Rong Sanloem – made me think we need to do something about it). 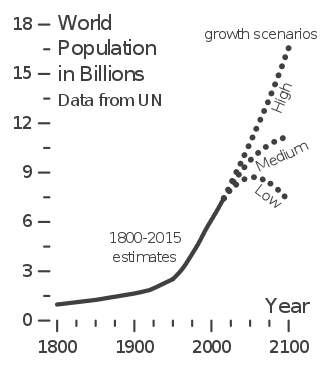 And yet – I have done nothing (or almost nothing), I feel, about it. My refusal to buy fast fashion will have pretty much zero impact in view of the vast amounts of plastic I use in packaging, and the amounts of foss

And I often have little choice – as a single person, I am forced to buy perishable food in small, inefficient amounts, packed in unrecyclable plastic. This, multiplied by 7.7 Billion – and we end up with an environmental disaster.

Trees won’t save us

A friend of mine sent me this post today: there’s so much CO2 in the atmosphere that planting trees can no longer save us.

It’s a fact – we can’t possibly remove the greenhouse gases at this scale unless we curb our reckless consumption.

With almost 8 billion people on this planet all wanting convenience, low prices and choice (so much choice!) we are heading towards an inevitable disaster unless we legislate a global change in habits.

I’m currently based in the UK and live in a block of flats. Each time I go to a supermarket, I bring home a few dozen pieces of plastic. Most labelled ‘currently not widely recyclable’ or ‘check locally’.

With two bins – for food waste and everything else – outside my house – I am not expecting much of the waste I produce is actually recycled at all.

All this leaves me with little choice. Of course, I could try to buy food at bulk and avoid plastic as much as I can. But as mentioned before – for every 1 person that does that, 99 people won’t.

The only solution would be to eliminate plastic altogether by law.

Replace it with biodegradable (read: much much more expensive!) materials where possible (for those who can afford convenience) or make people bring their own reusable containers to the shops, and buy food per kilo (for those that can’t – harsh as it sounds).

But that still does not solve the problem of unsustainable and excessive use of resources.

I remember, back in 2010 when I was an exchange student in Germany, two of my housemates were cooking spaghetti. Two of them. In separate pots. At the same time.

This example illustrates how individualism will kill us. Even if we limit plastic waste and curb manufacturing, leaving the management of resources such as electricity, water and fossil fuels to untrained individuals minding only their own business will not be sustainable as our population grows even further.

The death of the common household

Ultimately, we will need to step up our game even further and centralise our management of resources. Instead of individual households equipped with kitchens, we may need to centralise cooking in kibbutz-style canteens. That would also eliminate food and plastic waste (by optimising the use of resources – no more plastic-packed food bought in small quantities!), by it could also eliminate the global obesity problem – by making food available through a swipe card with daily calorie limits. You could increase it of course, but at the price of a proportional increase in health insurance.

Once we have centralised kitchens, we don’t need retail stores anymore. 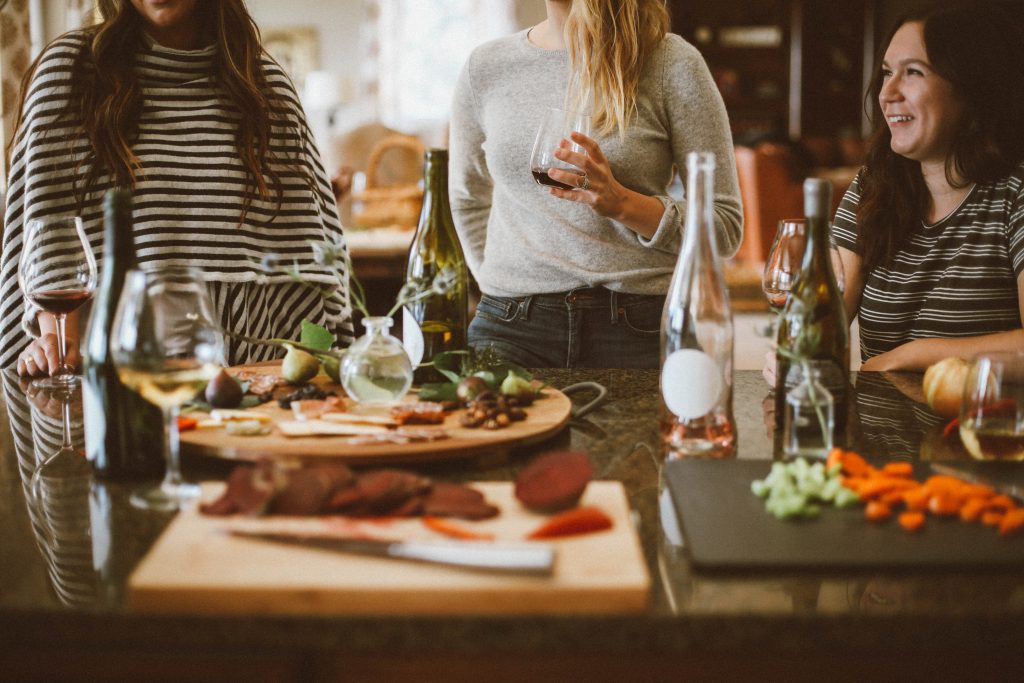 The next step would be to optimise the process of garment manufacturing and maintenance. Do we even know how much water and electricity is wasted by individual households by running washing machines at half-load? In China, there’s already a ‘cloth-sharing’ app that allows you to rent fashionable cloth items (washed, ironed and folder – cheaply, efficiently and environmentally-friendly at scale) and return them when you don’t need them. A good alternative to fast fashion without compromising on style?

Finally, we would obviously need to streamline transportation. I hope that my grandchildren (if they get to live on this planet) will one day look back at our reckless transportation habits in disbelief. Owning individual vehicles should be a thing of the past. More, and efficient public transport or carpooling – possibly with the use of self-driven cars powered by solar panels – will help us curb green house pollution even further.

Less freedom or actually more freedom? It’s all about mindset

But that, or no more hot showers when you want to anyway. No more unlimited electricity or food. And quite likely, as it happened historically in all situations when resources were scarce – war, famine and destruction. If we simply abolish the cheap but fatal materials such as a plastic and polyester and replace them with environmentally-friendly, but several times more expensive biodegradable materials, we will make several foods and cloth items unavailable for the less-off.

On the other hand though – if we look at the suggested ‘Utopian’ changes as the next level of sharing economy rather than an infringement of our personal freedom and choice – we will see a number of unseen benefits.

If we eliminate the need to shop, cook and wash, and clean – we end up with substantially more time on our hands to do things that will advance humanity – science, business, art and literature.

By living inside communities, sharing space, meals, clothes and means of transport – we would build community feel and relationships that will help us combat loneliness, feelings of isolation and depression – so common in today’s developed societies, where the everyday interactions became scarce and superficial.

If my parents were reading this, they would probably scoff at my ‘millennial first-word problems’. For them, life was about consumption and ownership. They wanted to have bigger houses, more cars, more food, more convenience. They wanted to own things.

So for starters, I’m gonna limit my own consumption even further. And wear the same dress to all your weddings. 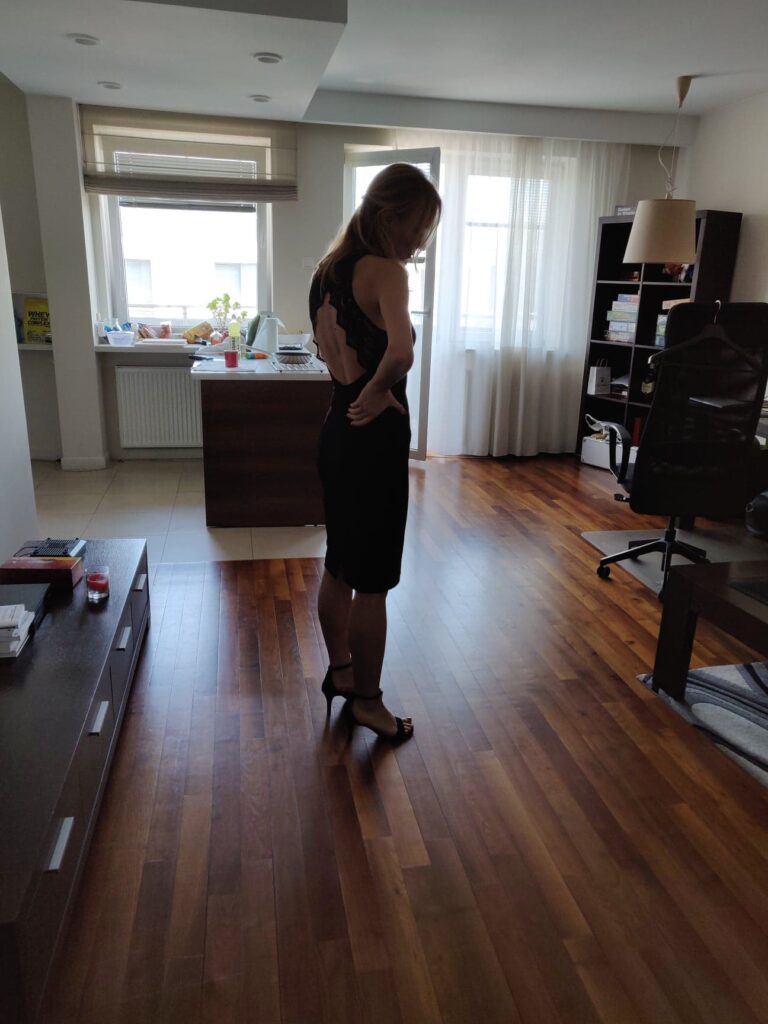